As a young boy, Idar Bergseth became enamored with the world of rock and stone, collecting fossils and other unusual artifacts. Growing up in Vancouver he would often coax his mother to take him to Henry Birks and Sons to look at the brightly lit objects on display. His passion for stones led to his first job as a polishing boy in a local jewellery store, and at 18 he began his apprenticeship as a goldsmith.

In 1972, Idar and his family moved to Victoria where he opened his first shop, Idar Goldsmiths. A five-year stint in Beverly Hills led to more work with major brand name jewellers, but in 1982 Idar moved back to the city to develop his own line of jewellery. Modern sensibilities are blended with Nordic, West Coast, and ancient Celtic designs to create jewellery that is both fresh and classic. 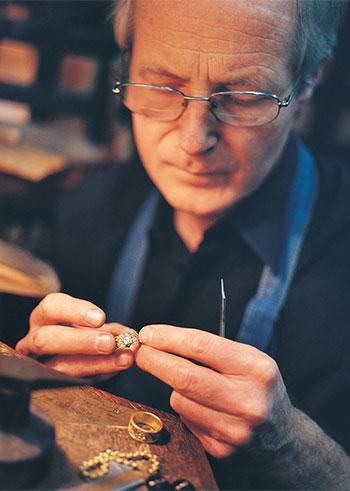 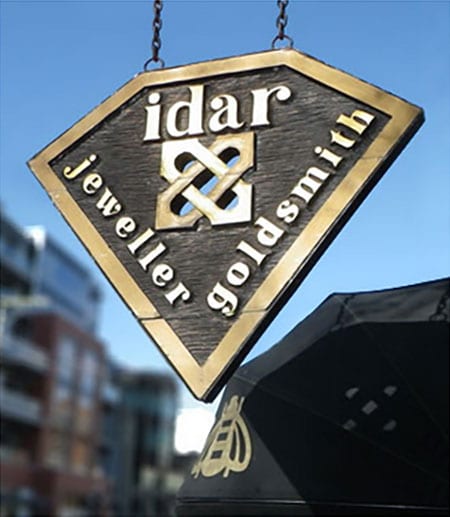 The sign that hangs above our front door on Fort St. was done in the 1980s by Jay Unwin, a Victoria born artist. At that time he was working as a shipwright in the dockyards of Victoria and, immediately on finishing our sign, he went to Italy to apprentice in the study of stone carving.

His commissioned public sculptures can be seen at Royal Roads and in front of the Victoria Police Department.

At idar, our top priority is the health and well-being of our clients, staff and the community.
We have been closely monitoring the latest developments with the novel coronavirus (COVID-19). In light of the most recent information available, we have taken precautionary measures for shopping in store. Please call 250-383-3414 if you need assistance. You can also order online and by phone.